Pfizer-BioNTech, Moderna: Everything you need to know about mRNA COVID-19 vaccines

Pfizer-BioNTech, Moderna: Everything you need to know about mRNA COVID-19 vaccines.

The global race for a COVID-19 inoculation has accelerated development of new processes to manufacture vaccines, with different manufacturers taking different approaches to creating a vaccine.

Some, such as the Pfizer-BioNTech and Moderna vaccines, rely on a relatively new technology known as messenger RNA, or mRNA for short.

Popularly referred to as vaccine 2.0, a vaccine based on mRNA technology has never been approved by the American Center for Diseases Control (CDC) before, and yet the Pfizer-BioNTech vaccine, an mRNA-based shot, is the only COVID-19 vaccine to be approved by the World Health Organization.

While mRNA is but one of several different approaches to vaccine development, China’s Sinopharm vaccine uses a relatively traditional method of an inactivated version of COVID-19 for instance, the lineup of global approvals of the mRNA vaccines against COVID-19 has prompted curiosity.

With many emerging reports that mRNA vaccines remain effective against the new strains of the COVID-19 virus, here’s everything you need to know about the technology and associated vaccines:

What is the technology behind mRNA vaccines?

The mRNA vaccines contain the genetic instructions for the virus’ spike protein and are covered in small fats, called lipid particles, that prevent it from degrading and help deliver the mRNA to the cells, according to the European Medicines Agency.

Once injected, an mRNA vaccine instructs human cells to make the virus protein, producing antibodies as a reaction, according to Dennis Burton, Professor at the Scripps Research Institute and Scientific Director at IAVI Neutralizing Body Center.

If successful, the resulting effect on the body is the same as with the traditional vaccines – immunity against the virus.

One active ingredient of mRNA vaccines, Polythylene Glycol (PEG), however, has never been used in vaccines before and its long-term effect on the human body are yet to be fully uncovered.

“The other characteristic of the [mRNA] vaccine is that they are endowed with an intrinsic adjuvant property where cells can stimulate the immune system independently of the antigen,” said Michel Goldman, Belgian medical doctor and professor of immunology at Universite Libre de Brussels.

Can mRNA vaccines change your DNA?

With the growing number of approved COVID-19 vaccines based on mRNA technology, there have been concerns among the general public that the lifesaving shot has the ability to integrate human DNA.

Scientists and medical professionals alike have been unified in their opposition to these claims.

“The mRNA can’t enter the nucleus. If it does, it then has to be reverse transcribed to the DNA and the [vaccine] dose doesn’t have that enzyme. Then it has to be integrated into the DNA and it doesn’t have that enzyme either. So, it’s impossible for mRNA to affect our DNA,” said Paul Offit, Director of the Vaccine Education Center at Children’s Hospital of Philadelphia and co-inventor of the rotavirus vaccine.

“You have a better chance of developing x-ray vision than having the [mRNA] vaccine affect your DNA,” added Offit.

READ:  Pay Attention To These Signs - They Mean You Are Not Drinking Enough Water

There has been extensive safety testing with mRNA vaccines and there is no evidence that it can integrate into the human DNA, Salanti agreed. 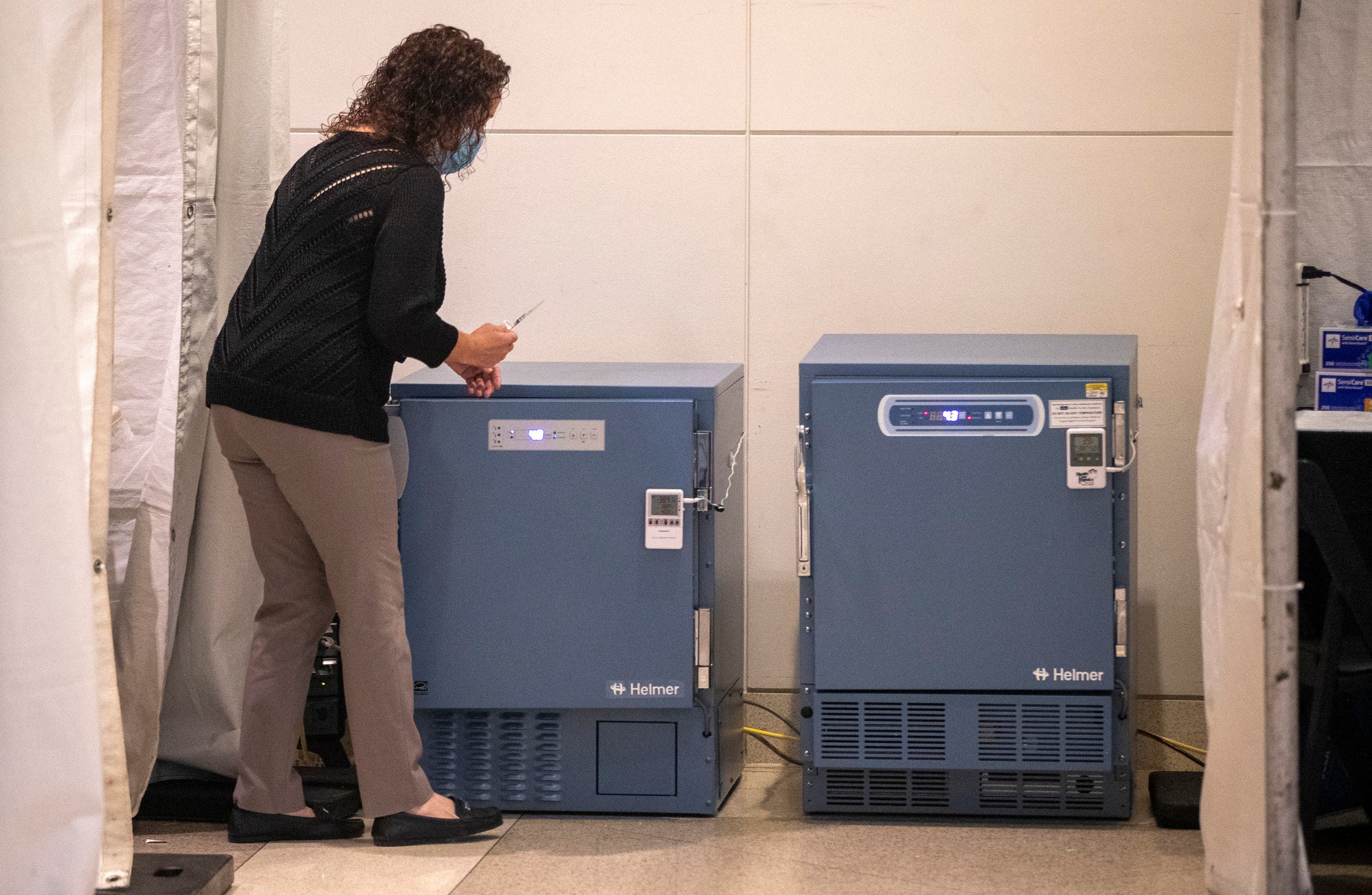 A nurse retrieves a syringe of the COVID-19 vaccine from refrigeration to inoculate health care workers at Ronald Reagan UCLA Medical Center on December 16, 2020 in Westwood, California. (File photo: AFP via Getty)

If the mRNA vaccines are so special, how come the world hasn’t used them before?

In the first week of January 2021, US-based Moderna announced the expansion of mRNA vaccine research to HIV/AIDS and influenza.

Even prior to the COVID-19 pandemic, mRNA vaccines have proven to be a promising alternative to conventional vaccine approaches because of their high potency, rapid development time, and potential for low-cost manufacture and safe administration, according to the Nature Review Journal.

As early as 2018, mRNA vaccines have elicited potent immunity against infectious disease targets in animal models of Zika virus, rabies, and the influenza virus, in addition to being successfully used in cancer research.

In the past decade, cancer research has used mRNA technology to trigger the immune system to target specific cancer cells, according to the CDC.

However, they had not passed the clinical trial phase due to a lack in funding and the perceived high risk of using such novel technology.

“It has not been cost-effective to forward the [cancer-related mRNA] vaccines to late stage clinical trials because they have simply not been good enough,” said Ali Salanti, professor and vaccine researcher at the University of Copenhagen.

“The mRNA vaccine has been in clinical trials for some viral diseases, but mainly for cancer. The reason it was not approved yet is that, to demonstrate efficacy in cancer is extremely challenging. So, it’s really a risk for companies to invest,” added Goldman.

READ:  Stop Eating Corn If You Have This Illness - It Will Make It Worse

Many scientists agree that more clinical trials are necessary in the future to truly see the extent of their power in medicine, but soundly agree on the safety of mRNA-based COVID-19 vaccines.

Are mRNA vaccines here to stay?

The advantage of mRNA vaccines is their rapid development timeline, given that they can be produced in a lab using readily made materials through a process that can be standardized and scaled up faster than traditional methods.

Future mRNA technology may allow for one vaccine to protect people against multiple diseases, effectively reducing the number of jabs needed against treatable illnesses, according to the CDC.

As the world braces for new viral outbreaks, some experts argue that the mRNA technology will be a key part in future vaccine development.

“The mRNA technology can be readily tweaked to take care of new [virus’] variants,” added Burton. “It has great future in vaccine development because of its speed and flexibility.

As the long-term repercussions of mRNA technology are yet to be fully understood, some experts worry that its future success might be hindered by misinformation.

“My fear is that once the pandemic will be over, the disease will not be visible and the anti-vaxxers will start to argue about [mRNA technology] allegations,” added Goldman.

“It’s a huge experiment we are in the midst of,” concluded Salanti.